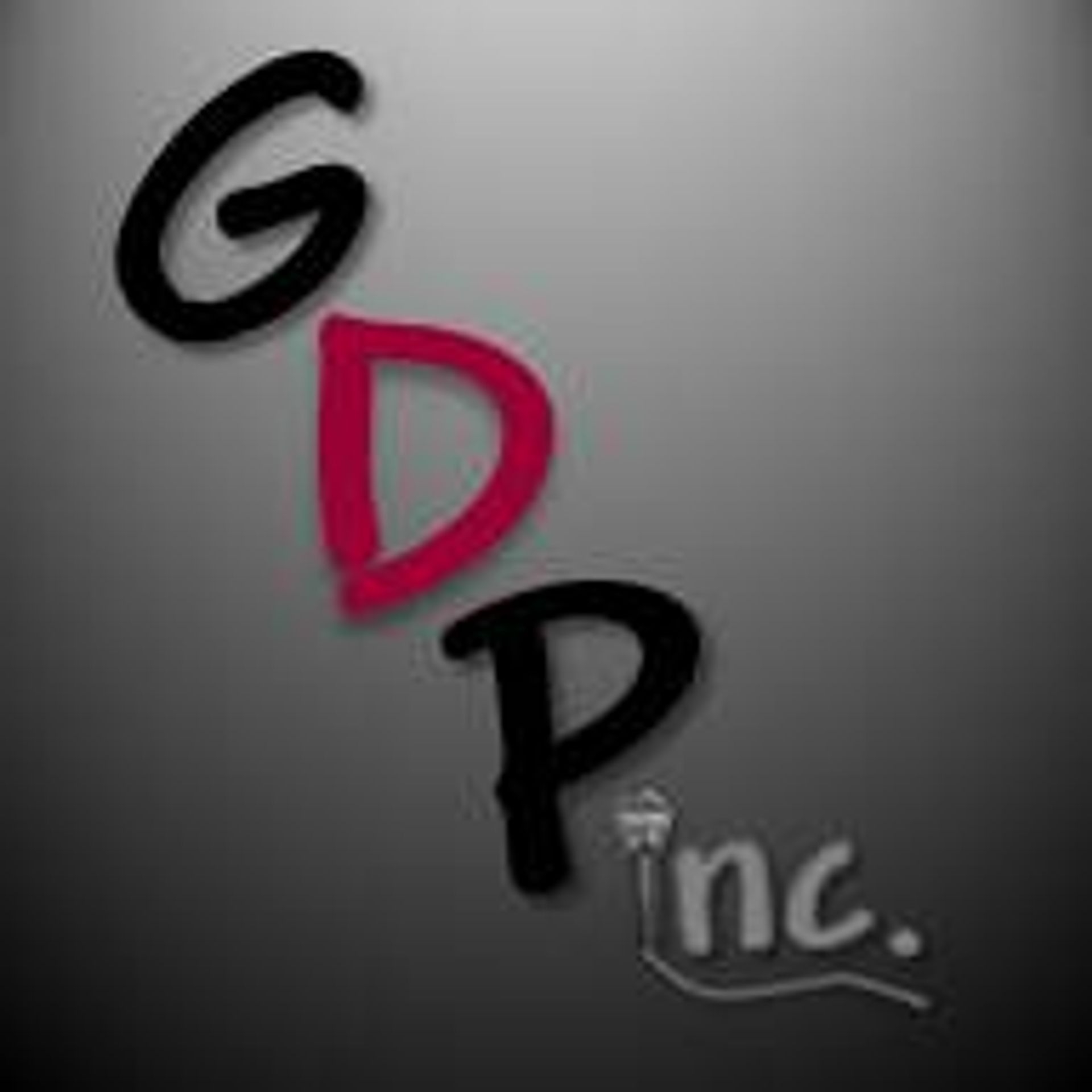 Live Music for the Time of Your Life!

I recently attended a seminar devised to provide advice about finding success in the music industry, with regard to the administrative and promotional aspects (as opposed to the talent aspect, as that fell into the "it goes without saying" category).  There were interesting, intriguing, informed presenters representing various facets of "the business".  One speaker particularly caught my attention when she posed the question - to a room full of musicians, songwriters, side men, composers, and the like - "How many of you have actually created and written down your mission statement?"  Not a single hand was raised.  No movement, except that of a head or two slowly shaking side to side, non-verbally stating, "Nope... never crossed my mind."   Soon after, we were given an instruction.  The presenter guided us, "I want you to take about one minute, and just jot down a few phrases, comments, answers... to the following question:  'Why do I do what I do?... Why am I compelled to do it?'"  Heads dropped, pens contacted paper, and - in my case - fingers began tapping rapidly upon my laptop.

About a minute or two later, the speaker began plucking answers from volunteers, providing feedback, stimulating conversation that further enhanced and embellished the scribbled phrases.  Then, ...my turn.  As ridiculous as this may sound, my face flushed a bit and my heart palpitated.  This IS ridiculous, considering I'm completely at home on a stage, opening up to an audience, from behind the footlights.  But this setting was something different.  And my chemical reaction made that evident!  The first words out of my mouth offered a qualifiying statement, prematurely admitting that I had possibly done the assignment "wrong".  My tendency to "overachieve" sometimes results in what I judge to be "not exactly what you might have been looking for".   Nevertheless, I took a breath and read my prose:

"My obsession to communicate through song is innate.  I know only of its origin through others, since I was too  young to recall the first time I burst into song, and thereby, never stopped singing. Since then, my passion to share stories through song has grown exponentially, and has carved more paths in more genres than I could ever have imagined.  It has become impossible to "label" what I do at this point, due to success in all of those paths.  Not through fame or finances.  Through symbiotic relationships created between myself and a room of 10 or 10,000 audience members.  From opera houses in major cities where audiences applauded my high Cs, to audiences where I felt an unspeakable connection to one person while offering a torch song made famous by Ella (Fitzgerald), to watching someone weep two rows back during my one-woman, auto-biographical musical cabaret, because they too had lost everything they held dear to them, and had to find a reason to breathe for just one more day.  Our pain and our triumph was universal, and we wept for each other... me behind the footlights, he from his squeaky theater chair.  This is the connection I crave, I need, I want, and I can't live without."

Every head turned in my direction, as my voice delivered the final phrase.  I was now beyond "flush", but rather a deep crimson, when I heard an attendee say, "You JUST WROTE THAT in that ONE MINUTE we were given?!"   As the speaker declared to the room that I was "a writer", I quickly corrected, "No, no!  I'm a vocalist!", with near desperation that there be no confusion!  She smiled back and said, "You are a writer... and you should be blogging."  She continued on with some very poignant comments about opening the lines of communications with one's fans if one has a talent for writing, and - most importantly - finding one's "hook".  She suggested that mine was simply my love for stories (and their characters).   And ya know what?  She was right.  I'd been searching for a way to amalgamate the extended spectrum of genres I currently offer, without looking like colossal confusion on paper.  And this was it.  Stories. Characters.  Passion.  Communication.

Since then, I've been processing that information and trying to let the creativity flow, regarding possible opportunities, concepts, program/production ideas, etc.  Let the games begin.

Thank you, Siobhan Quinn (Montgomery College Cultural Center for the Arts), for your insight and guidance that day.   I've already completed step one.  Blog.  Connect to your fans.  Done.

On Thursday, December 27, 2012, Carlette Ritter of "Lette's Chat" Blog Radio invited me to chat about my past as a professional opera singer, the tragic medical setback that stole my voice, and my journey back to music, and to life.   To hear the entire interview, visit the link below.  When at the site, click the play button located under my photo. 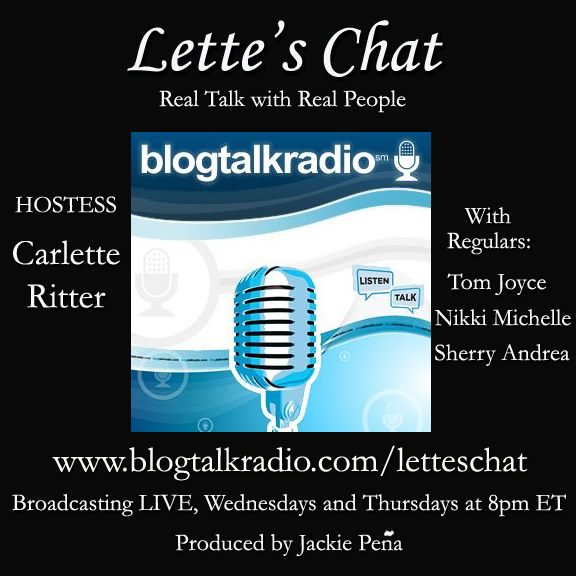 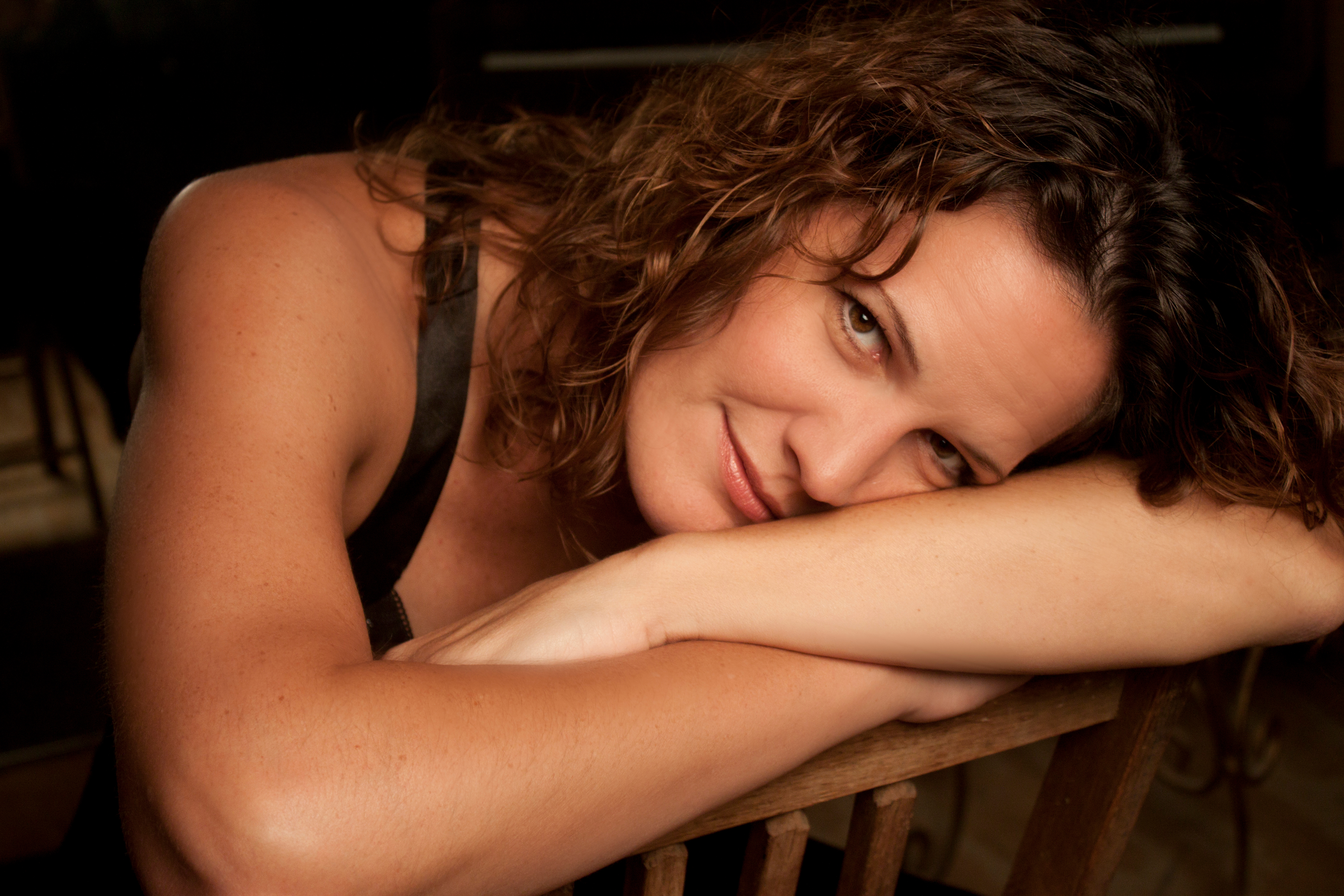 Jennifer Cooper - Once a Diva, Always a Diva!

A New Voice: From Mellifluous Mezzo to Sultry Songstress

In April 2011, I was asked by Ann Baltz (of OperaWorks) to write a brief article to "inspire" current struggling opera singers with "my story".  I was hesitant at first, for several reasons:  1) It's sometimes still difficult to re-live the loss of my opera career, even through writing about it,  2) I wasn't certain that current, young opera singers would gain anything from my perspective or situation,  3) I'm now performing in a genre that has very little connection to my old (and their current) opera world, and was concerned that OperaWorks readers wouldn't see the relevance.  But, I have a great deal of respect for - and gratitude towards - Ann and her dedication to training and  molding performers.  She did that for me.  So, I did this for her.  And if it helps someone else, ...all the better. 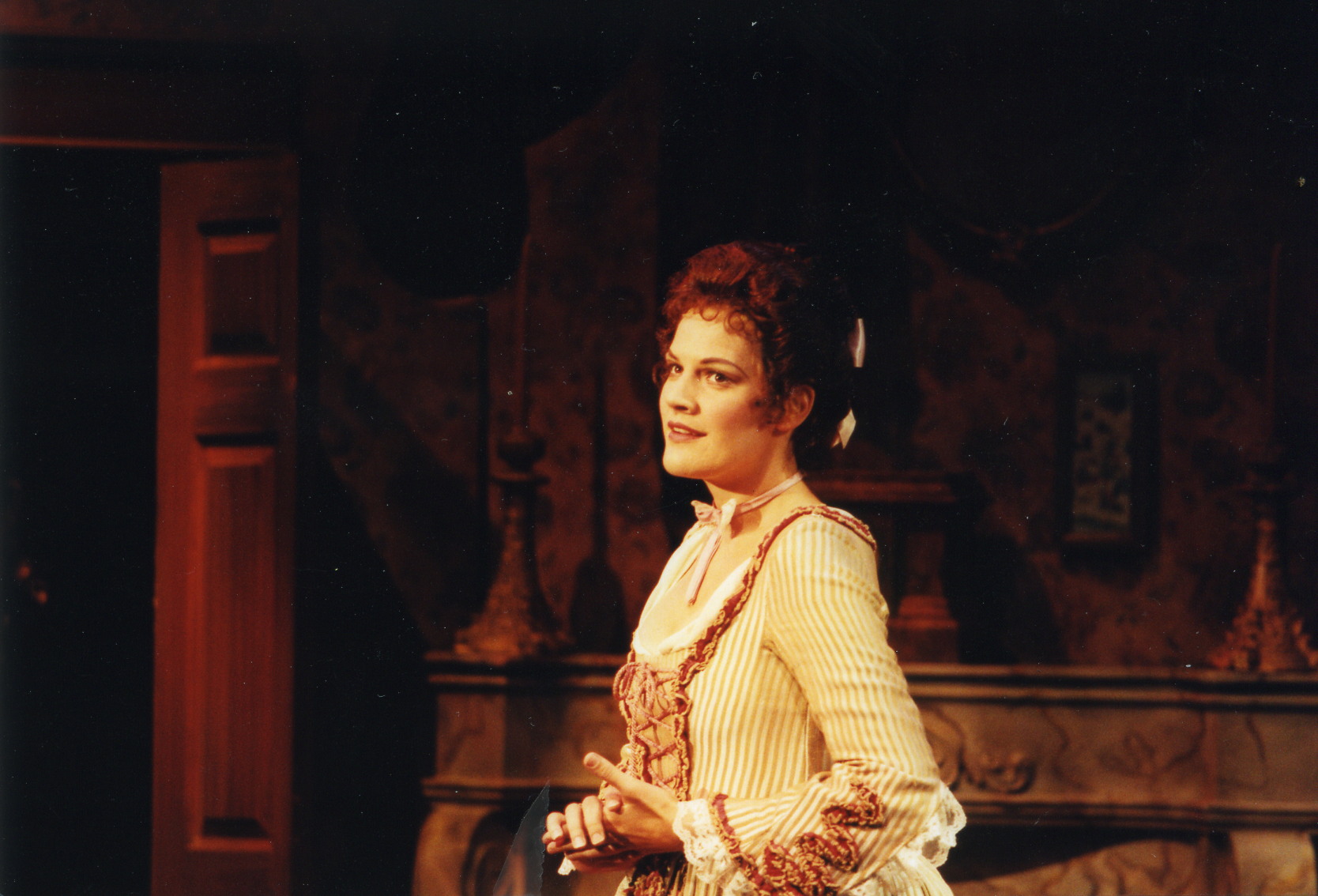 From Mellifluous Mezzo to Sultry Songstress

The summer of 1997 marked the beginning of a performance career I could only have dreamed of.  I had just completed my MM in Solo Vocal Performance at ASU School of Music and just one year earlier, had been immersed in the brilliant exercises taught by Ann Baltz at OperaWorks.  By the year 2000, this lyric coloratura mezzo soprano had joined the roster of Peter Randsman and performed more than 20 opera roles with a dozen different companies, including; Merola, Florida Grand, Glimmerglass, Chautauqua, Opera North, Opera Delaware, Michigan Opera, and others.  I was flying high and  blissfully living out my passion, working with world-renowned singers, conductors, and directors.  By 2001, my file cabinet was swollen with countless signed contracts to sing principal roles in three countries for the next four years.

Then, in the blink of an eye… it was all gone.

A congenital cyst was discovered on my left vocal fold.  According to my otolaryngologist, I was likely “born with it.”  I had spent my entire life nurturing, training, and expressing myself with a voice that was destined to betray me.  I faced two choices:  Quit singing, or have surgery.  I chose the latter, which was initially successful. However, the predicted six-month healing process inexplicably extended to a four-year struggle to regain my voice, during which all ties with my opera life essentially disappeared. After years of rage, depression, and everything in between, I finally learned that the goal wasn’t to regain the old voice, but to find a new one. Once I began to let go of the past (not an easy task, considering it  represented everything I ever wanted), I started to recognize the other untapped skills, talents, styles, and layers of expression that existed within me.  With the eventual true acceptance of those discoveries came new, intriguing, and transformative opportunities.

As bits and pieces of my voice began to slowly emerge, I defaulted to the one genre that didn’t care what key I chose, what volume I could access, or how perfectly clear my tone was.  Jazz. The added bonus? …Expressive improvisation at the most visceral level imaginable.  In hindsight, this was the perfect vehicle to release the years of emotional toxins that had permeated my soul and were stifled by a silenced instrument. Early on, I did consider this a default option.  I was still holding on to some notion that one day, I would somehow return to opera.  But each time an opportunity allowed me to dip my toe in the new musical waters and “sing a little jazz”, another layer of emotional baggage was peeled away.  I started realizing that the prolonged yearning for my old life tended to reverse that process.  So, I slowly let go.

Another particularly cathartic experience was the creating, producing, and touring of my one-woman, autobiographical, musical cabaret, “Go-DIVA! ~ of Song, Silence & the Abuse of Chocolate”, written and directed by LB Hamilton.  Planting my feet on the hardwood stage again, singing the songs of my musical evolution (from childhood to present, from musical theater, to Top 40, to opera), feeling the hot lights on my skin, re-living the happiest and the darkest of times, and just telling my story… forced me to come to terms with it all.  Process the journey.  Honor the past.  Live the present.  What I didn’t expect was the outpouring of support and empathy from audiences who expressed a deep - and often intimate - personal connection to my story which they shared during post-show talk-back sessions.  Group therapy, through the arts, at its best!

My “new voice” brings me great joy now …now that I’ve allowed space for joy to come in.  What I can’t live without …what seems to have been innately prescribed, to the point of obsession …is the desire to communicate through song, to transform and inspire a collective group of people in a very intimate way.  At one time, opera was the medium that satiated that need.  But when all of my eggs fell out of that basket, the true learning began.  The primal desire to sing my story forced me to notice the wedges of light shining through new doors of opportunity.  Now, here I stand …at the threshold of options I never knew existed.  And I have all the baggage I need …supportive colleagues, infinite musical options …an unsung song in a peaceful heart.

…And finally, a new voice to give it life.